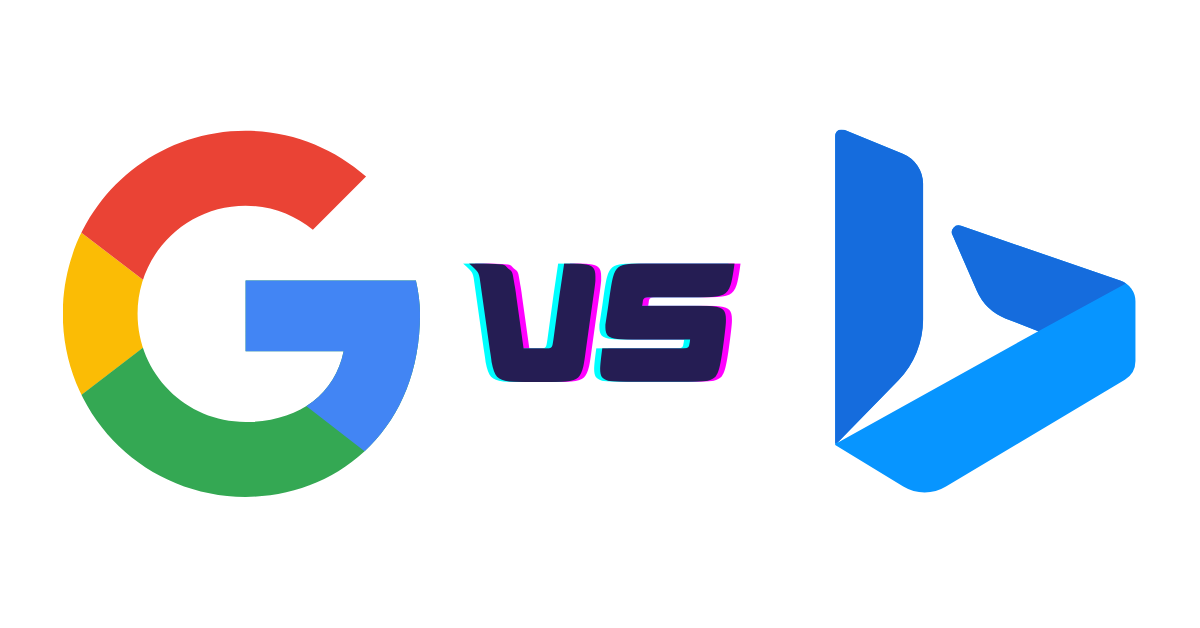 Bing Ads vs Google Ads: Why the Underdog Might Be Worth Considering

When considering whether you’re going to be running Google Ads, Bing Ads, or a combination of both the answer may seem obvious.

If you’re a younger person, you may wonder “Who even uses Bing any more?”

Well, it may surprise you but Bing is actually still a platform worth looking into for many businesses.

The main downside of Bing is definitely the fact they have much lower search volumes, but they make up for it in several ways we’ll go over below.

The long and short of it is that Bing probably isn’t going to replace Google as the best SEM marketing platform any time soon, but it’s worth looking into for many businesses.

A combined strategy using both Google and Bing can often be just the competitive advantage we need to stand out.

Keywords: The phrases people type into search engines that we bid on to show ads as part of the results, e.g. “Mountain bikes”.

ROI: Return on Investment. How much we spend on advertising vs how much money it generates for our business.

If you haven’t heard of Google by now, you must be living in a cave (without an internet connection).

It’s the world’s largest search engine with over 62 billion visitors last year and 92% of the market share in their industry.

They process around 2 trillion queries per year and 15% of the queries they receive each year have never been asked before on the platform.

This also translates to Google ads (formerly known as Google Adwords), which is naturally the biggest SEM platform on the web due to its enormous reach.

Google ads have a fairly universal demographic among internet users, so you can target almost any group of people imaginable through the platform.

The demographics tend to skew younger compared to Bing, with the younger “digital native” generations preferring to use Google since they grew up with it.

This huge reach also increases the opportunities for you to target long-tail keywords, which will have proportionally higher traffic than other platforms, which are the easiest way of directly creating sales using SEM.

The clear advantage of Google Ads is sheer reach.

In addition to the obvious benefits Google, and most modern search engines, use learning algorithms which get better over time and with more users at predicting what people want to see.

The fact that Google had by far the most traffic, means they also have the most sophisticated search algorithms by far.

The algorithm is somewhat offset by the sheer volume of traffic though, as it’s impossible to accurately filter through everyone who visits the site just yet.

This can translate into your ads being able to better reach the most relevant targets.

In addition to ads on the SERP page, Google ads also include the Google Display Network which is one of the largest display ad platforms on the web.

Through it, you can push your ads to people on relevant websites and have them seen there too.

The major downside of Google Ads is the cost.

Because they use a bidding or auction-based billing system, you have to pay more to have your ads shown on popular search keywords or websites.

You’re charged a CPC based on the amount you’re willing to bid per search term, and higher bids are naturally shown first.

Your competitors will also want to be on top of these terms, and as a result, the prices go up as you attempt to outbid each other to be shown first.

This can be somewhat offset by targeting only long tail keywords or niche interest websites, which will bring down the bid costs but lower overall search volume (which is hopefully made up for by higher conversion rates).

Google ads are typically everybody’s first choice when deciding on a search ad platform, and for good reason.

Most industries can’t afford to neglect their Google ads strategy, because if you’re not doing it your competitors almost certainly are.

The broad reach and ability to reach almost any group of people is just too appealing to pass up.

That’s why, as we’ll explore further below, our recommendation for most businesses is that you do use Google ads in addition to the rest of your strategy.

What we’ll explore now is why you might want to consider using Bing ads on top of your Google ads strategy.

11 years after Google first launched, Microsoft decided to enter the market with a competitor called Bing.

It was later renamed in full to Microsoft Bing, and never quite gained the traction to seriously threaten Google’s hold on the search market.

Despite being a much smaller platform, Microsoft Bing ads have several appealing aspects worth looking into for certain industries.

Marketers are often far too quick to dismiss the platform in favour of focusing on Google only.

Demographically, the user base tends to skew older than Google.

The younger “digital native” generations tend to prefer Google and some older groups like the association with the Microsoft brand, or simply don’t care (or are unaware of) which search engine they use.

The main advantage of Microsoft Bing Ads over Google Ads is cost savings.
Lower traffic may seem like a bad thing until you recognise that this means there is less competition on the platform and therefore lower bid prices on average.

If you strategise properly around this, Microsoft Bing Ads can provide lower CPCs and higher ROI than Google Ads for certain industries, which is a very appealing prospect.

Bing also lets you customise some of the more technical aspects of your ads that Google has removed over the years.

For example, you can target people by the device and OS they use or their LinkedIn profiles.

At the very least, Microsoft Bing Ads represent an untapped target market because it has an estimated 63 million exclusive users you can’t reach over Google.

This combined with the potential for cost savings, make it worth looking into at the very least for many businesses.

The downsides of Microsoft Bing is that it doesn’t work as well as a dedicated SEM platform because of the lower reach.

Some businesses may be able to get away with it, particularly if their target markets skew older, but in general, it works best as an add-on to an SEM strategy rather than the focal point.

For example, it’s generally worse for long-tail keywords because you’ll get proportionally less search than on Google.

But, if you’re already on Google, there’s no harm in including your long-tail keywords on Bing too.

The lower search volume also means their algorithms aren’t as sophisticated, so you may find it harder to reach the right customers in some cases.

The other major downside is the fact that Microsoft Bing isn’t as user friendly as Google Ads.

The UI is a lot more technical, and while this lets you customise some aspects you can’t with Google Ads, it’s harder to learn for new marketers.

Microsoft Bing Ads are a great add-on to the SEM strategy of many businesses because they provide a cost-effective alternative that can let you compete on higher traffic keywords that would be unaffordable over Google Ads.

They’re not for everyone, and they don’t stand up as well as a dedicated search platform, but there are many reasons to consider using Bing Ads as part of your search strategy.

We hope this helped you decide whether you should be running Microsoft Bing Ads vs Google Ads, or both.

In general, our recommendations are as follows:

For new businesses: We recommend you start with Google Ads, targeting long-tail keywords relevant to your industry to create immediate sales.

You can also include Microsoft Bing Ads in your strategy if you think there’s a good overlap with your target market, and experiment with what works best for driving your business’ ROI.

For existing businesses: We almost always recommend running Google Ads, but Microsoft Bing Ads are worth looking into for the cost savings and additional reach you can acquire.

If you enjoyed this article, check out more e-commerce marketing content on the inSyte blog or listen to the inSyte Podcast.

If you need any help running your business’ search ads effectively, feel free to reach out with the form below or check out our case studies page to see what we’ve been able to do for our clients.